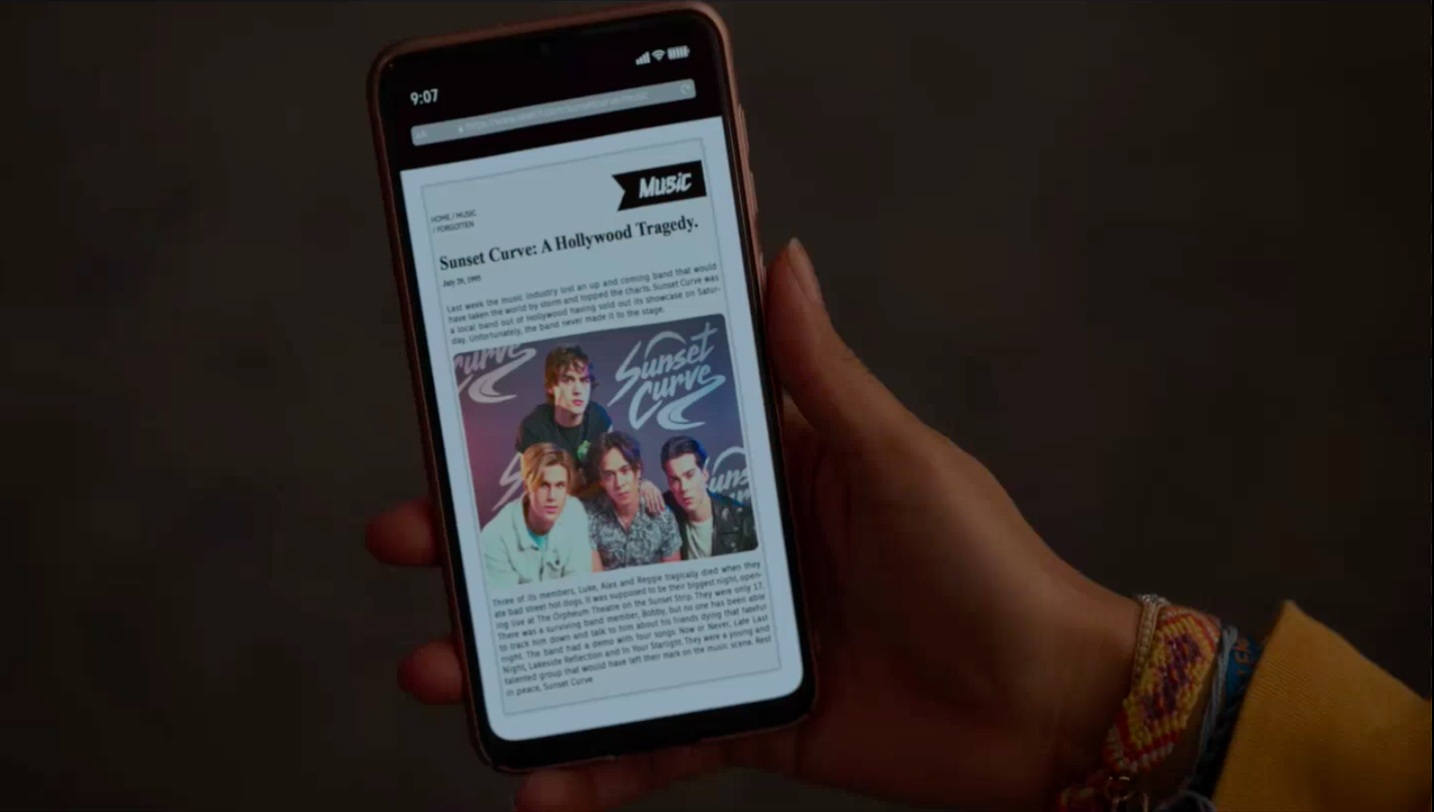 FanToms: What the ‘Julie and the Phantoms’ Stars Are Up to After the Show’s Cancellation

“Fans of the Netflix show have tried hard to save the series. After news of the cancellation hit, Twitter blew up with a #SaveJATP hashtag and a website launched dedicated to ways in which viewers can get Netflix’s attention [including] billboards and messages across the world.”

10 Series That Left Netflix In 2021 That Fans Want Back

“Fans didn’t want a bar of Netflix’s decision, and over 100,000 signed a petition for its renewal. But they didn’t stop there; fans banded together to start a campaign they called The Orpheum Tour and utilized social media, posters, and even billboards to convince Netflix to renew it.”

“A movement to save the series immediately grew, including the creation of a website and funding for billboards across the world.”

“Actor Charlie Gillespie, originally from Dieppe, said it was heartwarming to see his hometown theatre join in a global campaign to save Julie and the Phantoms, the Netflix show he stars in.”

Save Julie and the Phantoms #SAVEJATP

“Fantoms have been working to prove to Netflix as well as other streaming services that this show is worthy to be picked up. One of the ways that Fantoms are working to try to bring the show back is by getting different theaters and concert venues around the world to promote the television series on the marquees and billboards of concert/theater buildings.” . . .

Kenny Ortega confirmed there are no immediate plans for Julie and the Phantoms to return to Netflix or anywhere else at this time, but the series executive producer teases, “never say never.”

“Ortega has a lot of love and appreciation for the devoted fans of Julie and the Phantoms who have collected signatures and launched a global marquee campaign to save the series.” . . .

“The latest attempt to save the show is a large-scale project called ‘The Orpheum Tour,’ which aims to put ‘Save Julie and the Phantoms’ on as many cinemas, theaters and billboards around the world as possible. This special world tour kicked off in Australia in early February 2022 and currently has over 20 other stops worldwide, including in the United States and the United Kingdom.” (Quote courtesy of Google translation)

Disappointment following the cancellation of Julie and the Phantoms on Netflix

“The decision of the Netflix platform to abandon the series Julie and the Phantoms after only one season, created a real movement of surprise and disappointment among its admirers around the world. The supporters are organizing and have decided to put pressure on Netflix, in order to have a second season of the series. To achieve this, they launched a virtual petition, Save Julie and the Phantoms, which has garnered 175,000 signatures so far. They have also succeeded in spreading messages on the windows of international theaters and venues such as the Hayden Orpheum Picture Palace in Australia.” (Summary courtesy of Google translation)

“Fans are continuing to up their game when it comes to getting the attention of Netflix and others in the hopes of getting a second season of Julie and the Phantoms with a US billboard tour.” . . .

“The announcement that fan-favorite Netflix series Julie and the Phantoms would not be renewed left fans of the show devastated, but the news inspired an innovative worldwide campaign to get messages on theater marquees and billboards urging the streaming service to reconsider. The signs have already appeared in 23 cities in just three weeks, with one simple goal: Save Julie and the Phantoms.” . . .

“Netflix certainly doesn’t shy away from canceling programs that they deem “unsuccessful.” Sometimes they do get cancelations wrong, as great shows that bring in tons of fans and critical praise often fall by the wayside of the decision-makers of the streaming platform. That certainly seems to be the case for the canceled show, Julie and the Phantoms. Now a fan-led campaign has been ongoing to save the show. This campaign includes a petition and the now dubbed “The Orpheum tour.” This world tour consists of billboards, cinemas, and theaters sporting marquees begging for the show to be saved.” . . .

“Kenny Ortega is thanking fans of the musical series Julie and the Phantoms! The renowned director, choreographer and executive producer of the Netflix show took to Instagram to show his appreciation to the “Save Julie and the Phantoms” movement that has been going on since the show was officially canceled back in December.” . . .

“By way of social media calls and popular petitions, Julie and the Phantoms fans quickly mobilized to save the show. Many fans have banded together to announce “The Orpheum Tour,” a collaborative effort to get the phrase “Save Julie and the Phantoms” on theater marquees around the world to help raise awareness for the campaign. It started in Sydney, Australia and has since stretched across four continents, shining brightly on theater marquees from Los Angeles to London and billboards from Manila to Allentown, Pennsylvania. Fans from the U.S., U.K., Australia, and Belgium have all gotten involved.” . . .

Fans fight to save Julie and the Phantoms

Julie and the Phantoms cancelled after one season; fans start the Orpheum project and petition to try and save their favourite show. . .

“Julie and the Phantoms deserved better! Yes, I said it. The musical series premiered on Netflix in September 2020, and it was a hit to audiences of all ages. Even critics enjoyed the show. So why would Netflix ax Julie and the Phantoms after only one season? It just doesn’t make any sense.”
. . .
“Many fans loved the show for its diverse cast, incredible soundtrack, fun and fresh premise, and for how the show made them feel. It truly was a heartfelt, feel-good show. And if Netflix decides to bring the series back in the future, we’ll be right here waiting for its release.” . . .

The Best TV Shows on Netflix

“Stick with Julie and the Phantoms’ silly premise before making any judgements. Julie is a teenager who accidentally summons a boy band from the ’90s — The Phantoms. While Julie helps the band achieve their potential, they help her enjoy music and life again after the death of her mother. As music tends to do, the catchy tunes will send you soaring through the joyous, ridiculously entertaining and, of course, romance-filled first season. Ghost jokes are included.”

“Although Julie and the Phantoms is over, fans are still holding out hope for a miracle. Some have started petitions and various social media campaigns pleading for a season 2.” . . .

Why Julie and the Phantoms Deserves a Second Season

“The reason behind Netflix’s cancellation of Julie and the Phantoms is as mysterious as the show’s well-dressed villain. Why cancel a show with an audience score of 98% on Rotten Tomatoes and nearly a million loyal followers on Instagram? “Fantoms,” as the most devoted fans call themselves, are baffled and heartbroken.” . . .

‘Julie and the Phantoms’ Fans Continue to Campaign for Season 2

“Fan campaigns continue to try and get Netflix to reverse its December 2021 decision to cancel the Kenny Ortega musical series Julie and the Phantoms.

Petitions to save the Netflix musical show Julie and the Phantoms have rocketed to over 200,000 in recent days with an equally noisy campaign continuing on social media.” . . .